rootkit is another challenge about kernel exploits after syscall.

After connected to host, I found that the kernel load rootkit module at boot.

Then, I use ida to disassembly the rootkit.ko.

The module disable write protection, and replace original syscall such as sys_open to sys_open_hooked by write syscall table(0xc15fa020). 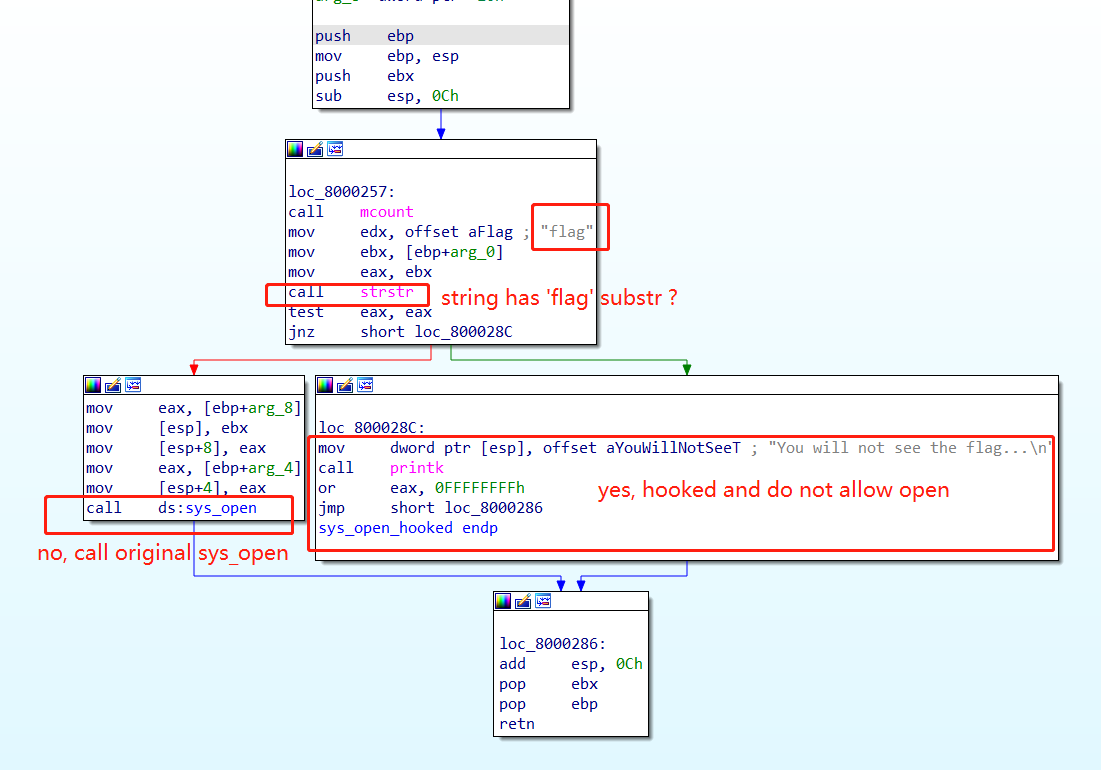 The sys_open_hooked syscall will check whether the string of the filename has a flag substring.
If there not, then the original sys_open is called.
If there is, it returns a fd with a value of -1, then the file opening failed.

Of cource, other sys_call such as sys_symlink will failed also.

Thanks to pwnable.kr, we are login as root :), mean that we have permission to load a custom kernel module by command insmod.

I tried to compile a new kernel module to restore the original sys_open address to the sys_call_table, but it failed, because of some reason(maybe my GCC is too new, maybe the kernel 3.7.1 is too old, I really don’t know).

So, I decided to patch the .ko file directly:

/proc/kallsysms have symbols of dynamically loaded modules as well static code, we should read sys_open address from /proc/kallsyms instead of the syscall table. 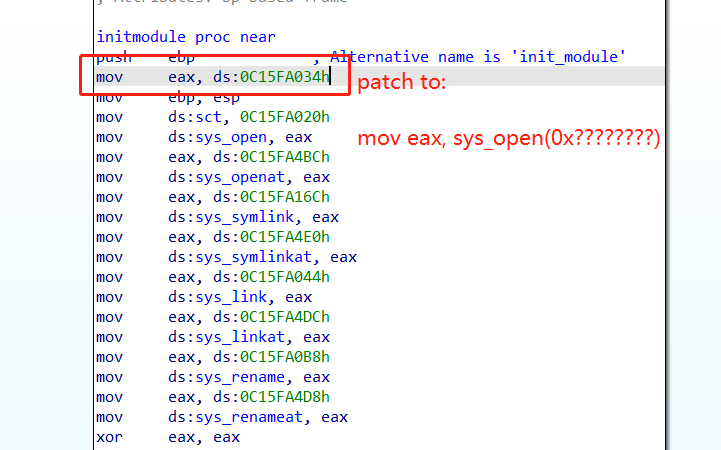 After load the module with insmod ***.ko, I finally got the flag.

But there are two things need to be mentioned: